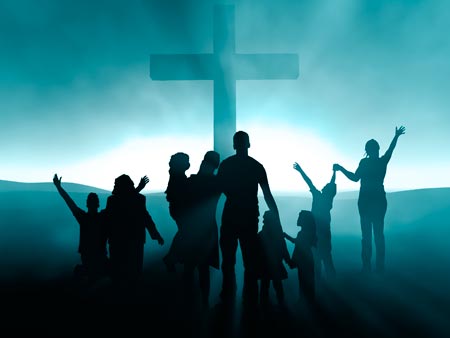 When I look at creation, I see nothing but design, purpose and love. Nothing is ever done by random, even the so called random has laws and principles that govern it. I look at DNA and I see the work of a Programmer.  I look at the atom and I understand that nothing is physical, meaning that the origin of what I call physical, what I actually see, is invisible. Let me explain what I mean – All physical entities comprise of atoms or molecules held together by energy. If I zoom in I see that any atom itself comprises of nucleus. Zooming in further I see that the nucleus itself comprises of protons, the protons itself comprises of quarks and the quark itself comprises of … pre-ions and so on.  Thus I understand from science that nothing is truly physical, all just a variation of energy, and yes some energy is more intense than others, yet it is still energy. I know that energy itself doesn’t have the ability to reason, the ability to have faith, hope or love. Nor does energy have the ability to give itself meaning. So what is energy for besides to make things appear physical? Only one logical explanation - To express life! It is life who gives energy meaning. If energy was life then all we need to do is give a new heart to a person who just died of a heart attack and they would live. Life transcends beyond the boundaries of energy. It is life who gives energy and non-energy meaning, purpose. So where does life come from if it isn’t from energy?  I can bang two rocks together for eternity and not one spark of life will ever come from it. But the life in me will ask the question why am I banging the rocks!

So where does this life come from for it surely isn’t from me, I didn’t make myself, love, hope, trust or anything - If anything I just use what already exists and make choices based on it? Life can only come from life itself. And this life originally comes from an originator, the Creator of life – God.  I look and see that His primary motive is love - because love frankly gives me the most and deepest, sense of peace, happiness and satisfaction. Now peace or happiness is not the same thing as love, I can do some things not because I am happy about it but because I love. Love being the primary motivator. So when I reflect on how I measure up, I have failed. I don’t always love and know that it isn’t part of the design. I am not as pure as I think, sure I am better than most, I give to the poor, I help those in need, but that isn’t the measuring stick I should use. I should use the measuring stick the Creator uses – The ultimate test of love is this, do I have a relationship with Him? It would be evident in keeping His commandments and loving others, and specifically loving His people. Or am I trying to be “good” or do good things based on my definition of love? Well, if I went to someone’s house, who I didn’t know, and demanded to live with them because I was “good”, I don’t think they would let me in? I wouldn’t, and the Creator expects a relationship.

Now for years I had this deep inner void, like I was never satisfied. Always wanted more love, more fame, more rewards, more acceptance, more relationships and just more stuff. But I was never fulfilled. It was like the only One who could satisfy me was the Creator Himself, His presence is the satisfier. As if I was designed to recognize Him and have a deep relationship with Him. Once I came to this realization, I could have run from Him by putting the blame on Him, like, “Why doesn’t He show Himself to me then I will love Him or do what He says!” But He had showed Himself to me in many ways, but my rebellion was expressing itself. Even if He showed Himself, I would have still wanted to do my own thing, as I was rebellious, I wanted to please myself, I wanted to be a god unto myself. I was flawed to my very core and needed help. Then I saw the enabler, the only One who could enable me to connect with God, His Son Jesus Christ.

Just like I can tell the size of the ship by the size of the wake it leaves, no other man in history comes close to Jesus Christ. He ministered for only 3 years and impacted the world like no other. Then sacrificed Himself for my rebellion - what greater love has any man than this, to give up His life to free those who hate Him. I know that freedom isn’t free, it was by the bloodshed of those who came before me who paid for the freedom in my country. Jesus paid for my freedom to be with God with His blood. This is God’s gift to me. I would be a fool not to accept it. I know that even Buddha would have given his life to Jesus because Jesus solved the four problems that Buddha spent his life trying to solve but couldn’t - Sickness, Death, Poverty and life for the Aged. Jesus Christ provided the answer in Himself, that those who believe in Him have eternal life.

I can’t help but ask the question and done this, “Why doesn’t He show Himself continually – physically to me?” Then I hear Jesus’ words, “Blessed are those who have not seen and yet have believed” I suppose if I was going to test people to see who would love spending eternity with me, I would give them total freedom to choose me without continually seeing me, give them the reasoning capability, and my spirit, to recognize me. Then watch what they would do with that - do they want a relationship with me or not? Eternity is a long time, I wouldn’t want to spend eternity with those who will grow to hate me.  God set this up, it was His idea and made it as simple to reveal the heart. Just believe in His Son – this enables me to have a relationship with God where He wants me to call Him Father. He truly satisfies me in every possible way. Thank you Jesus.