1) Depends if the judges were just after the allotment of the land or sometime later.

Side Note (for those who like details) - The Jewish Calendar is wrong, but tradition has kept it going all these years - the Jewish calendar is out by 180 years. The Jewish calendar we have today was devised in the 2nd Century--- as mentioned, missing 180 years---- they didn't use Daniel's 69 weeks neither did they use the lineage as it was destroyed in 70AD.

Are the Biblical years the same as the Solar Year/Gregorian Calendar (365 - plus leap years)? In other words could the years from 31 AD until today be different than the Biblical year as the Biblical Year up to Christ's resurrection is correct?  Today we have 365.25 days/year and in Genesis, it states that there were 150 days over 5 months, therefore it's an average of 30 days per month - however it doesn't mean all the months would be the same.  If we used the Book of Enoch (in the dead sea scrolls) - there is a statement of 2912 days in 8 years.  This means there are 364 days per year (biblical year).  In the book of Jubilee, there is also a statement regarding 364 days per year.  Today we have 365.25 days for a solar calendar because of Sin as the Book of Jubilees points out - in the book of Revelation we see this play out during the 7 year world trib.

Details of the below chart in the PDF download. For more insight into Revelation - refer to the extensive verse by verse commentary. 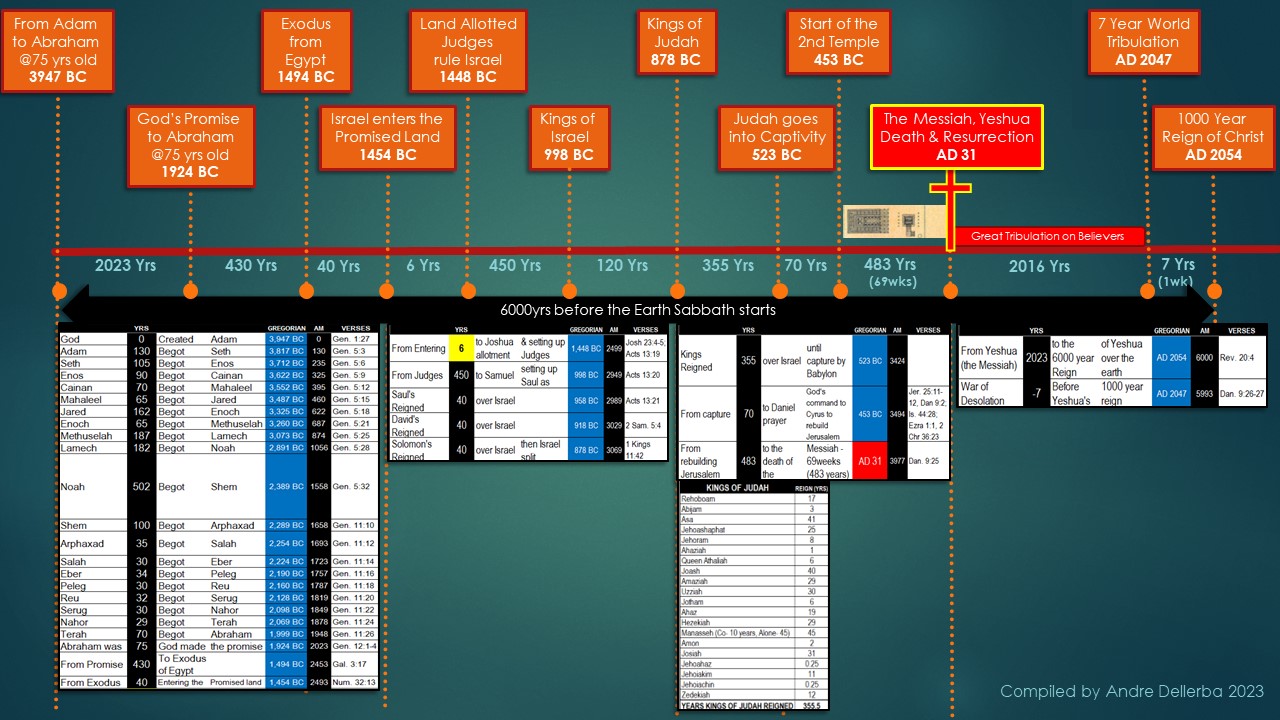 KINGS OF JUDAH AND REIGN

Years reign of the Kings of Judan until Babylon was 355.5 Years.  The breakdown is as follows:

KINGS OF JUDAH  with their respective Reign (YRS)